Aecom swings the axe with 500 jobs set to go

Aecom is cutting 500 jobs just days after its UK chief executive David Barwell left the top role at the firm after 20 years at the business.

The consultant said the figure amounts to around 7% of its 7,000 UK and Ireland staff who work out of around 40 offices, including its London headquarters at Aldgate. 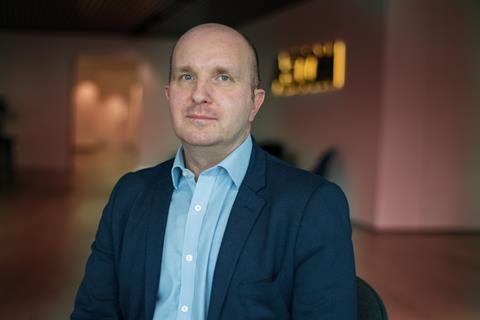 In a statement, the firm said: “Over the last months, the global pandemic has heavily impacted many of our clients and competitors, the industries in which we work, and our UK and Ireland business.

“As a result of this, we have taken the difficult decision to re-shape our business to better meet the demands of our markets and help us continue to provide the best services for our clients. In support of this restructuring, we are beginning a consultation process across the region which may impact up to 500 roles.”

Aecom is the latest name to take the axe to its workforce in the wake of the covid-19 pandemic with others pulling jobs including Arup, which is cutting 350 roles, and Mace which is letting 300 people go.

Last week, Aecom revealed that Barwell would leave the company by the end of the year and has been replaced as chief executive by former RAF wing commander Colin Wood.

Barwell is staying on at the business as part of a transition period with Wood (pictured) who joined the firm three years ago.

An Aecom spokesperson said Barwell’s departure and the job losses were unconnected.

Also leaving Aecom under the shake-up is its chief operating officer Bill Quarterman who joined the firm in 2012 from Galliford Try. A replacement for the 58-year-old has not been named.