Greenwich proposal had been approved twice 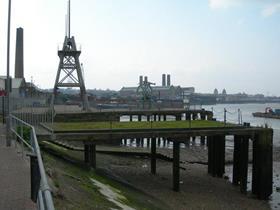 Plans for a new cruise terminal in Greenwich have been canned with the new owner of the Enderby Wharf site revealing it will now build low-cost housing on the land.

Criterion Capital has confirmed it has acquired the site Pictured) in East Greenwich from Morgan Stanley and will be binning the approved plans for a cruise terminal.

Chief executive of Criterion Capital Asif Aziz said: “Although the cruise terminal was a profitable proposition, I agree with the local residents who have complained that it would cause significant environmental damage.

“Instead, in conjunction with the Royal Borough of Greenwich and through an open and constructive conversation with local residents and community groups, we shall deliver innovative low-cost housing for rental.”

The area is already well served by the Thames clipper service, he added.

Greenwich council had previously backed the proposals for the cruise terminal, which were first announced nine years ago, and twice gave the scheme planning permission.