One King William Street floor plates to be completely redesigned 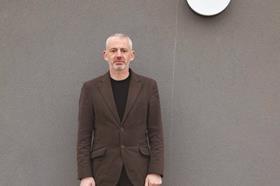 Architect AHMM has been appointed to design a refurbishment of the listed One King William Street office building in the City of London.

The firm will redesign the floor plates of the building with the aim of increasing the 85,000ft2 floor area by 15%.

The project for developer Kajima is being funded by NTT Urban Development and is understood to have a project budget around £25m.

One King William Street is a grade two listed building that was originally built as a headquarters for the London Assurance Company in 1921 and as such the facade will be maintained.

A planning application is expected to be submitted in the spring.

The win follows a successful start to the year for the practice which last month confirmed it has been appointed to design Google’s £300m UK headquarters. It is also designing developer Stanhope’s  revamp of BBC Television Centre.