The other Mr M of AHMM 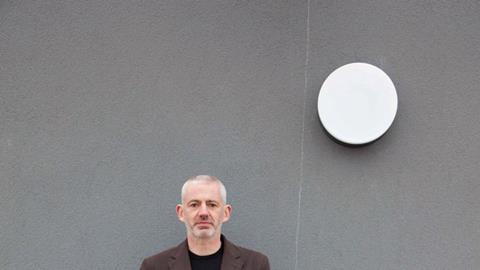 Allford Hall Monaghan Morris’ Google HQ win topped off a profitable year for the practice. Vern Pitt talks to MD Peter Morris about the secret to bagging the big clients

Peter Morris, managing director of architect Allford Hall Monaghan Morris, remembers the last recession all too well. It hit only months after he and his three university friends set up the practice. “We were scratching around,” he says, recalling that one of the firm’s first jobs was refitting a kebab shop. “I’m not sure that there was much more to it other than some greaseproof paint. The survival instinct runs deep through our DNA.”

Over 20 years since its formation, AHMM is doing a little better than surviving and last month it was confirmed as the architect for Google’s £300m UK headquarters. The project will form part of the huge King’s Cross Central regeneration development and is expected to start on site later this year with completion due for 2016. The Google win topped off a spectacular year for the practice in which it also won the competition to design developer Stanhope’s revamp of BBC Television Centre. And on top of that, AHMM’s profit increased sixfold to £844,000 on a turnover of £12.4m in the year to 31 March 2012.

That success, in turn, has led to the firm hiring more staff. “Like everyone else in late 2008 we did have to make a small amount of redundancies, but we have grown in the last 12 months by about 50%, in terms of the number of architects [we employ],” he says. Morris may be the least well known of the four founding partners - this being one of his rare press interviews - but he certainly doesn’t lack confidence or ambition for the practice. He expects it to increase its profit once again in 2012-13. The question is, how?

AHMM has come a long way from its start in 1989. Shortlisted for the Stirling prize three times, the practice has grown with a set of solid clients, perhaps the biggest of which is Derwent London, with whom Morris says the firm started doing smaller projects in the nineties. The firms are now working together on a £76m office scheme on City Road in east London.

In addition to such established partners, the firm also has a steadily expanding and improving client base. Morris says the architect is finding a growing interest among high-end clients, like Google.

Morris describes the technology giant as a “dream client” but consistently challenging. “Some clients you find will just take your professional advice and move on as you develop the scheme,” he says. “Google is intellectually challenging, so they will want to know why we have made the decisions we have […] They are challenging us at every turn, but likewise we are turning it back and challenging them.”

He argues it has been AHMM’s ability to handle those questions and make Google think that was key to winning the project. “I think our whole success as a practice has been founded on very clear communication about developing design and has been about being able to explain that very clearly to our clients,” he says.

“It’s about not making decisions too soon but coming up with a strategy. It’s about the way they work and representing their brief back to them,” he says. “Our process is [based on an] analysis of the brief and putting things together.”

‘Evolution is better than revolution’

That intellectualised approach to architecture is borne out in Morris’ belief in not specialising the practice. He stresses that everyone at the firm is just an architect turning their critical faculties to whatever projects come through the door. While some might see this as a weakness, for Morris it’s just the reverse. Arguably it has been a factor that has seen AHMM move with the times, whereas other practices tied to a given sector have struggled.

It’s no surprise then that his growth strategy is amorphous. “Growth comes if it comes,” he says. “We have grown rapidly [in the last year] and that brings its own strains. It feels to me that we are at a pretty good size at the moment but I probably would have said that a few years ago when we were just 70 people.” The practice now employs 207 people across three offices.

Morris does say that international work will be a growth factor and he is hoping to expand the firm’s small US office in Oklahoma - an associate director is set to join the branch soon. “The UK design sensibility - by that I don’t just mean aesthetically but how you make buildings and cities - is very refreshing over there. It’s a different product and we are finding our US clients are open to new ideas,” he says. Morris adds that having the connection with Google will also boost the firm’s profile in the US.

Perhaps unusually, Morris doesn’t want to rush into the Asian market. He says: “We’ve never had the appetite to go to China and say: ‘This is AHMM and we’d like to work with you.’ We’re more interested in working with people who, whether they come to us or we get put together with them, know what we do and see the value in it. Our interest in taking on new work is about relationships.”

Schools used to be a big part of AHMM’s income - Morris says they accounted for most of the firm’s fee earning work three years ago - but this has dwindled. Although he says seven of nine school projects the firm was working on when education secretary Michael Gove cut the government Building Schools for the Future (BSF) programme in 2010 survived, Morris is clearly unhappy with the decision. “The amount of investment by the industry generally was effectively thrown away in one swoop. It was unnecessary and brutal,” he says. “The BSF process had many failings but there were a lot of decent schools coming out of it. I recognise the government is under a lot of economic pressures but I don’t think it was the right thing to cut through everything dead like that. Evolution is better than revolution.”

However, Morris does still see schools being a part of AHMM’s future. The firm is currently working with contractor Laing O’Rourke building a school in Dagenham using standardised construction methods.

The government’s fondness for what some have termed “flat pack” schools has come in for criticism from some architects. RIBA president Angela Brady has said they are “restrictive, with too much focus on short-term savings”. Morris, however, sees an opportunity: “I’m not sure I believe in the standardised school system, but I do believe that you can standardise elements of the construction to make it more affordable for the school client and that doesn’t have to take away from good design.”

Whatever happens, the firm will continue to demand fair value for its work at a time when architects’ fees are being squeezed. “Throughout the last four to five years we have been as robust as we can be on fees,” says Morris. “We simply have never felt able to offer the service that we do unless we hit a fee that’s sensible. You have to value what you do.”

Right now it seems AHMM’s value is running high. The practice has a problem solving approach to architecture that is winning favour with big clients. It may have taken a couple of decades of steady building to get to this point but in a climate where value is everything, Morris and his partners’ enthusiasm for substance first and style second looks like an approach that is set to pay dividends.