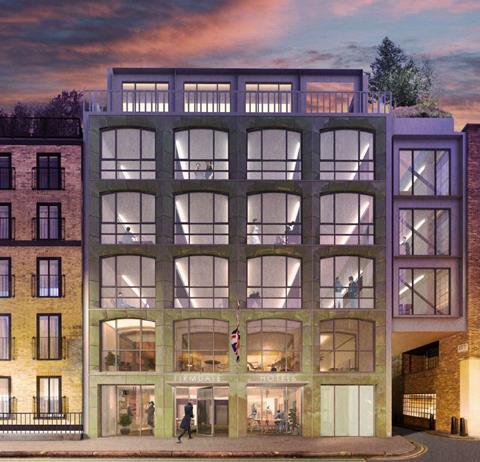 The latest proposals, would raze 9-11 Richmond Buildings, off Dean Street, and replace it with a new six-storey structure faced with green glazed terracotta tiles and delivering 1,213 sq m of office space plus two apartments.

Designed for Firmdale Hotels – owner of the neighbouring Soho Hotel, the new office building would provide a headquarters for the business, which has recently acquired the site, according to supporting documents submitted with the application by project planning consultant Jones Lang LaSalle.

The Scott Brownrigg proposals, created for Almondbox Properties, were granted consent in February and involved the demolition of the current buildings facades and the addition of full-height front and rear extensions.

Allies & Morrison’s design and access statement for the application said that despite being located within the Soho Conservation Area, the current building was “a plain concrete-framed building, lacking in any particular aesthetic, historic, evidential or communal value”.

The practice said the 304 sq m site offered “great potential for a new building that will repair the street frontage, add to the mix of uses and complement the architecture of the adjacent buildings”.

Westminster city council suggested it was targeting a June decision date for the proposals. 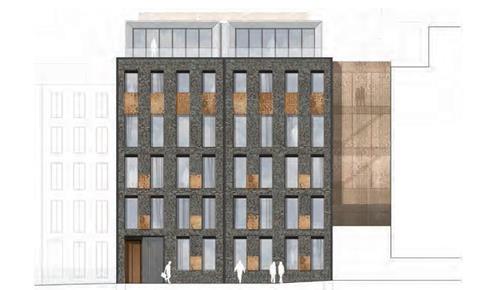