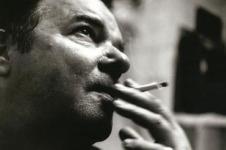 Questions were being asked this week about the next move for maverick architect Will Alsop – sparking rumours of a possible link-up with the former chairman of his parent company, Stewart McColl

Alsop announced his departure from the practice that bears his name late last week, claiming he wanted to spend more time painting and teaching. But there is already a general expectation that Alsop will start a new firm. A source close to Alsop suggested that a reunion with McColl was a possibility.

A separate source, an architect close to Alsop, said: “In the immediate future it will be business as usual, but in the longer term there will no doubt be an entity through which he will operate on his own.”

Alsop, who won the Stirling prize with Peckham Library and designed the abandoned Fourth Grace project in Liverpool, will in the meantime remain as a consultant to Archial, the listed architect which, as SMC, bought his firm in 2006. McColl was chairman of the firm at the time, and was integral to bringing Alsop under the SMC banner.

Alsop Architects, the business, will remain part of Archial, and will carry on working on various projects won during the past few months, including the first two schools in Birmingham’s Building Schools for the Future programme and its most recent win, a £1m project in Westminster for Sargent Cancer Care for Children.

Although architects in Alsop’s Battersea office were forbidden from speaking publicly about their founding director’s decision, one confirmed that he had already been working in the office since his announcement. He said: “It was a bit of a shock initially, but I think most people realise that’s Will. You can never tell what he’ll do next.”