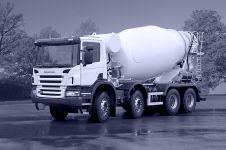 The construction of over 450 new homes in the occupied West Bank has been approved by Israeli authorities, angering Palestinians.

It is the first new government-approved construction project in the West Bank since the new prime minister came to power in March.

The Israeli defence ministry made the announcement in spite of pressure from the US to halt the settlement building.

One senior Palestinian negotiator, Saeb Erekat, said the move “nullified” the effect of any future building freeze, the BBC reported.

A resumption of peace talks with Israel has now been ruled out by Palestinians until there is a complete halt to the settlement construction.

The buildings will comprise 455 housing units built in six settlements, all of which are included in the settlement blocs that Israel wanted to keep under any peace agreement, according to reports in an Israeli newspaper.

Some 500,000 Jews live in over 100 settlements constructed since Israel's 1967 occupation of the West Bank and Arab East Jerusalem.

Around 2,500 housing units are under construction. International law states that the settlements are illegal, though Israel strongly disputes this.