Palestine eco-town to go ahead despite Gaza conflict 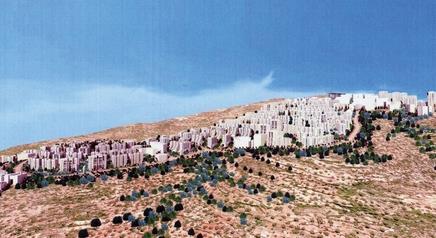 Qatari funders are pushing ahead with the development of an eco-town for 30,000 residents in Israel’s occupied territories, despite the continued tension following the conflict in Gaza.

UK consultant Faber Maunsell and masterplanner EDAW’s UK office have been appointed to commence a groundbreaking $350m (£240m) project near the West Bank town of Ramallah.

Rawabi will be the first planned community for Palestinians to be built in the occupied territories, and will include new schools, mosques, libraries and housing for up to 30,000 people.

Work is expected to start in May, even though relations between Palestine and Israel have been damaged by the recent war.

EDAW, the Olympic park masterplanner, has designed the masterplan, while Faber Maunsell is carrying out engineering, highways and sustainability work, including the construction of rainwater harvesting and wastewater treatment systems.

The town will feature a public transport network, green spaces and renewable energy. Anaerobic digestion of food waste, concentrated solar technologies and ground source heating and cooling are being considered.

The two companies are working on behalf of US parent company AECOM, but are contributing up to 60% of the design and engineering work.

The town is being developed by Bayti, a Palestinian developer backed by Qatari Diar, the Middle Eastern fund building Chelsea Barracks in London and funding the Shard at London Bridge.

Andy Hewitt, a Faber Maunsell project engineer on the scheme, said it was a challenging but revealing project to work on.

He said: “There is a really sad lack of accommodation for Palestinians. It’s an eye-opener to see what conditions even middle-class Palestinians live in, so we hope this will be a positive and sustainable project.”

Hewitt did not wish to comment on the situation in Gaza, except to say the project team was working well with both Israeli and Palestinian authorities.