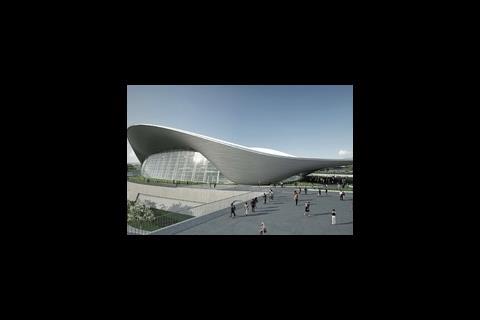 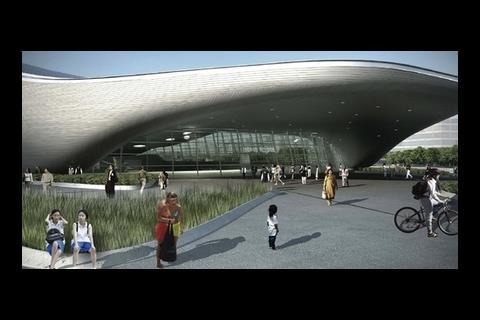 Zaha Hadid’s Olympic Aquatics Centre has been labelled “over-designed” by an influential group of MPs in the second parliamentary report on the 2012 Games within a week.

The culture, media and sport select committee report accused the Games organisers of being “prepared to spend money like water” and said the engagement of delivery partner CLM had played a “significant part of the increase in costs” to the Games.

The report, which came just a week after the public accounts committee slammed the government for the spiralling budget of the 2012 Games, expressed its alarm that the £303m Aquatics Centre, being built by Balfour Beatty, will be more than four times more expensive than the 2004 estimate of £73m.

In particular, it said the ODA’s claim that the £303m price-tag had not changed throughout the procurement process was “simply incredible” and called for a detailed justification of this statement.

It said: “In our opinion, the history of the Aquatics Centre shows a risible approach to cost control and that the Games organisers seem to be prepared to spend money like water.”

The nature of CLM’s engagement on the Olympics is still not fully understood, said the report, and it called for the main terms of its agreement with the ODA to be made public.

The report said: "It is important for confidence that the basis of CLM’s remuneration and incentivisation is properly understood.” CLM is a joint venture between Laing O’Rourke, Mace, and CH2M Hill.

The overall budget for the Games also came in for heavy criticism in this report. Analysis of the government’s figures showed that the ODA’s true contingency is around £1bn more than had originally been estimated.

The report said that the £2.74bn programme contingency previously announced excludes the contingency amount built into each project budget. The ODA has said this comes to a total of £973m, meaning that the total contingency is £3.72bn.

This new figure represents 62% of the ODA’s base costs. The report notes that the contingency announced for construction of venues for the 2010 Winter Games in Vancouver is just over 10%.

The report said: “We would like to see a fuller explanation from Government of why the contingency level has been set so high, with reference to the costs of previous Olympic Games and comparable large construction projects.”