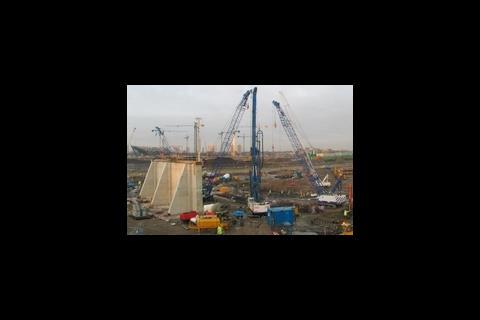 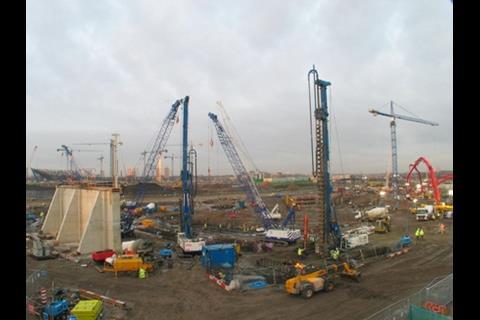 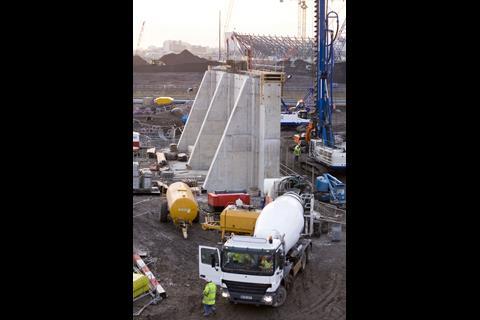 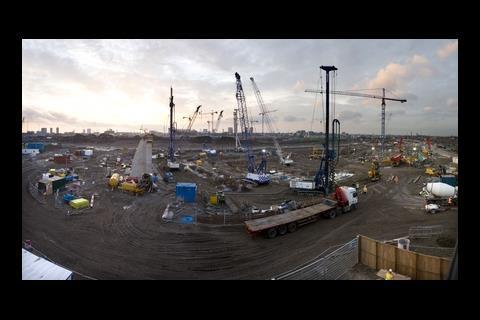 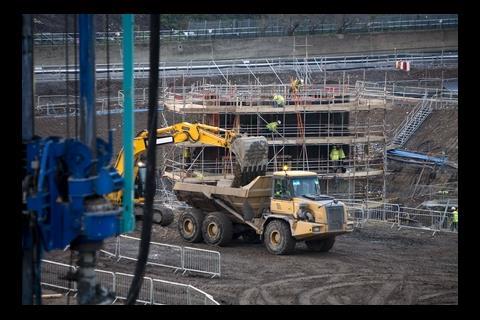 New images showing the 2012 aquatics centre beginning to take shape have been released by the Olympic Delivery Authority (ODA).

Photographs of the “big build” at the Olympic park site show that work is complete on the southern roof supports for the 160m-long, wave-shaped roof of the centre, designed by architect Zaha Hadid.

The pools have already been excavated and three-quarters of the foundations are complete.

Construction has started on the two northern supports for the 2,800-tonne steel roof, and concrete foundations are being built for the supports of the land bridge that will form the roof of the 50m training pool. This bridge will also act as the main pedestrian access to the Olympic park.

David Higgins, chief executive of the ODA, said that work on the aquatics centre has “surged ahead of schedule” since construction started two months early in the summer.

“This followed a challenging clean-up of one of the most contaminated parts of the Olympic park site,” he said. “As the 'big build' accelerates into 2009, people are seeing for themselves the aquatics centre starting to take shape.

Sebastian Coe, chairman of the London 2012 organising committee, said: “I have always thought that seeing is believing on a project like this, and the skyline in east London is already beginning to alter as venues begin to be built. This is a much-needed facility in London and one which will benefit both London's elite athletes and the local community.”

The swimming centre is being built by UK-based contractor Balfour Beatty and is expected to be complete in 2011 for test events ahead of the Olympics.