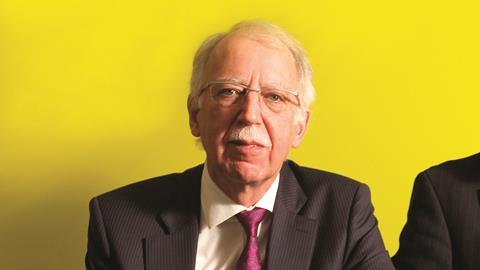 The Dutch parent company of consultant EC Harris has revealed a £100m acquisitions war chest to support the consultant’s expansion in the Middle East and Asia.

The news comes as EC Harris pulled off two major deals in recent days, one to project manage the bulk of a £550m private healthcare development in Qatar (see story, here); the other a five-year “total FM” job for the Department for Business, Innovation and Skills, plus seven of its quangos, in consortium with contractor Balfour Beatty. The latter deal will cover 250,000m2 of space over 108 buildings.

He said one ambition of any acquisition would be to “strengthen further” the firm’s position in Asia gained through the purchase of EC Harris.

Noy said: “We are looking at full expansion through acquisition. Our priority will be the emerging markets. There are opportunities in Brazil, the Middle East and Asia.
“In Asia […] we have benefited through the position of EC Harris and [architect] RTKL. We are looking for businesses to give us an opportunity to strengthen that position further.”

At the time of its sale to Arcadis, EC Harris chief executive Philip Youell said that pressure for rapid acquisition-led growth, particularly in Asia, had triggered the Arcadis deal. A quarter of EC Harris staff are based in Asia.

Youell this week claimed that £35m in extra business had been generated by the coming together of the firms. He said EC Harris and Arcadis are now developing plans to integrate the businesses over the next 12 months with a scheme called “project create”.

He added his instinct was that EC Harris and Arcadis staff should share offices, but that no decisions had yet been made on where staff would be located. He said: “Coming together has to be about helping clients. Rather than rush in, it’s about asking, will demand be better served by co-location? Only then we can improve people’s environment and lower costs.”