Arcadis has scored the £7m contract to design the rail systems at the new Old Oak Common HS2 station.

Network Rail Infrastructure, who handed the consultant the contract, said Arcadis would be responsible for ensuring HS2 and Great Western Mainlines services could run side by side.

In a contract award notice published to the Official Journal, the rail authority said: “The purpose of this contract is to provide design services for the railway systems in and around the new proposed station at Old Oak Common and integrate with the design being carried out by HS2 Ltd’s design consultant.”

Technical director at Arcadis, Tom Constantine, who led the bid, said: “The role Arcadis is playing in designing the new track layout and signalling will be pivotal in helping Network Rail meet their target of achieving 24 trains per hour, passing through the station at peak times.

“This isn’t just about designing a railway station for 2026, this is about future-proofing the railway so it can operate safely and efficiently for decades to come.”

Arcadis will be responsible for designing modifications to the Great Western Mainline track layout to support the new station at Old Oak Common, signalling systems and electrification.

A team of WSP and Wilkinson Eyre is working on the design for the new Old Oak Common station. 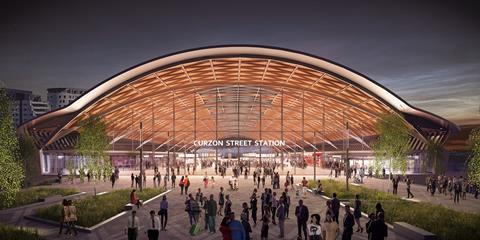