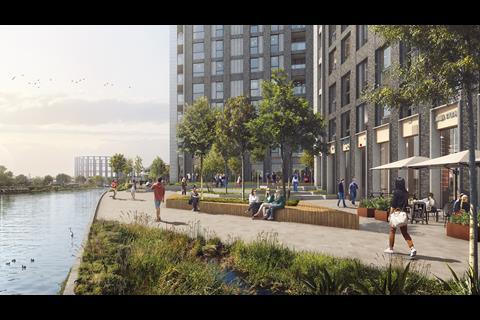 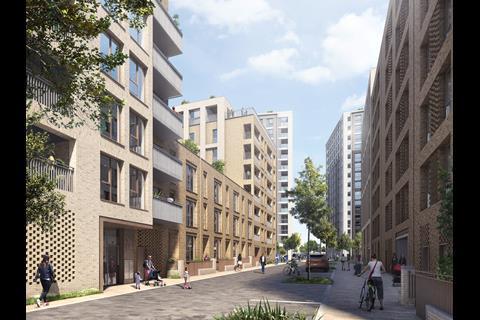 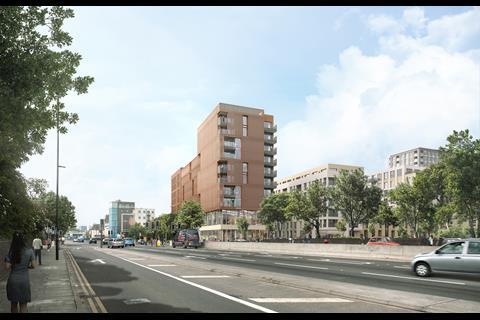 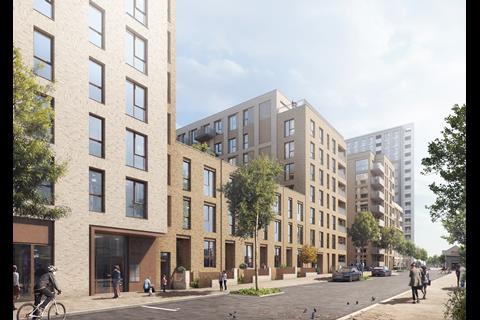 Stockwool Architects has won planning permission for a 785-home residential development on an industrial site in east London.

Its 13-block Ailsa Wharf scheme will deliver the new homes – along with almost 3,000sq m of commercial space – on a 2.4ha site between the A12 and the River Lea, north of Erno Goldfinger’s Balfron Tower and Alison and Peter Smithson’s Robin Hood Gardens.

The site is currently home to a scrapyard and other salvage operations. Under the Stockwool scheme, for Ailsa Wharf Developments, the new blocks will rise in height from eight storeys near the six-lane road to 17 storeys by the riverside.

Recommending the scheme for approval by councillors on Tower Hamlets’ strategic development committee, planning officers said the site was within the Lower Lea Opportunity Area and was last year designated as a housing zone by the mayor of London. 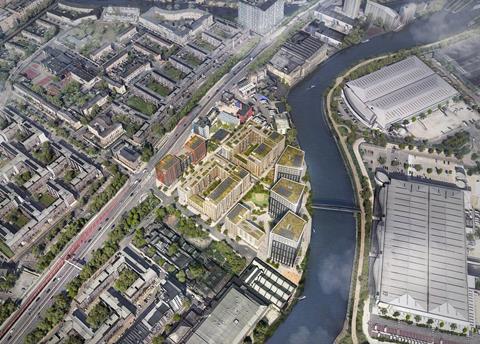 They said the scheme’s tallest element was 10 storeys lower than the grade II*-listed Balfron Tower, and that the development would not “compete with the skyline interest” of the tower, or other neighbouring conservation areas.

“Furthermore, there are numerous tall buildings within the setting of the [Balfron Tower] conservation area, including at Canary Wharf,” they said.

“The proposal would not have an adverse impact on the setting of the adjacent conservation areas or listed buildings and this is supported by the Greater London Authority and Historic England.”

They added that the 35% affordable housing proposed for the development was considered “policy compliant” and “beyond the maximum viable level” that may be expected from such a scheme.

Because of its size, the scheme will now be referred to mayor of London Sadiq Khan for final approval. 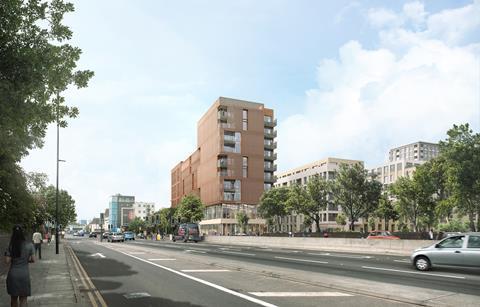