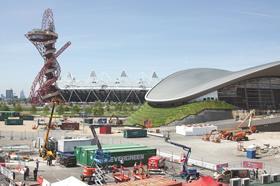 Nearly 1,000 architects and placemakers registered their interest in the Olympicopolis design competition before its official launch this week.

The open, two-stage contest is to find a design team to create a new educational and cultural “quarter” on Queen Elizabeth Olympic Park in east London.

It will serve as a gateway to the park and provide new homes for the V&A, Sadler’s Wells, UCL and the University of Arts London.

The jury, which will be chaired by former Cabe chairman Paul Finch, includes Moira Gemmill, director of design at the V&A and Alistair Spalding, chief executive and artistic director of Sadler’s Well, among othes (see full list below).

Dennis Hone, chief executive of the London Legacy Development Corporation, said: “The level of interest from across the globe promises to deliver entries of the very highest quality in keeping with the park’s award-winning venues.”

The competition is being run by Malcolm Reading who said: “It presents teams with an extraordinarily absorbing design challenge and an opportunity to secure a high-profile global project.”

Meanwhile, contractor Laing O’Rourke is set to start construction work next month on architect Hawkins Brown’s scheme (pictured below) to transform the former Press and Broadcast Centres at the 2012 Olympic Games.

The scheme was known as iCITY but has now been renamed Here East after getting approval from the London Legacy Development Corporation and the mayor’s office earlier this year.

Work had been expected to start in the summer but it is now starting after the Invictus Games – the competition for wounded and injured military personnel and the brainchild of Prince Harry – which are being hosted by Here East.

The former Press Centre will be ready for occupation early next summer while Loughborough University will open its doors to its first students next October. The Broadcast Centre will be open in early 2016.

Allies & Morrison was the original architect for the centre which completed in July 2011. 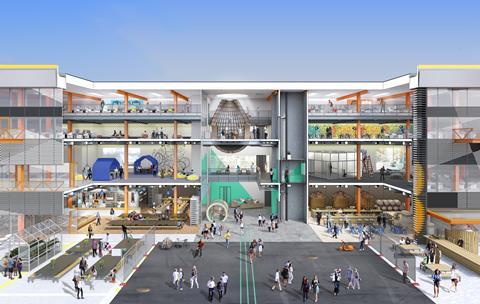 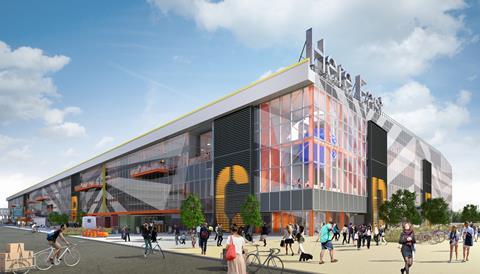