Architectural practice of the year 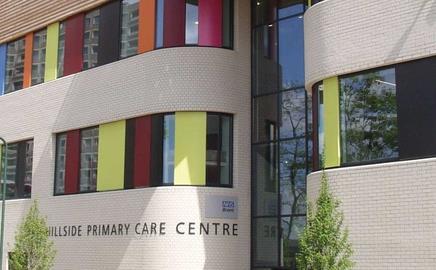 2010 is Edward Cullinan’s year, and this popular practice took the prize because the judges liked everything about the way it does business, from its schemes to its HR policies

This practice has spent the past 40 years working out how best to incorporate sustainability into its designs. The result is a philosophy of developing “long-life, loose fit, low energy” buildings. And that is increasingly what clients want to build. So, in the past 18 months it has completed three BREEAM “excellent” buildings, one NEAT “excellent” building and it is working on another that is expected to obtain a BREEAM “outstanding” rating. The practice’s staff have also been active in the political side of their work. Robin Nicholson, for example, is a Cabe commissioner and chair of a zero-carbon task force advising ministers on schools design. The firm is also committed to social sustainability. Most of its projects have a benefit for those people in society who need it most. For example, its schools work is mostly in areas of deprivation and its Hillside Hub project (pictured) provided a self-financing social heart for the Stonebridge Estate in the London borough of Brent. But charity, as we know, begins at home, and the judges commented that Ted Cullinan has “always had a great ethos in terms of employment practices”. They also liked the design quality of the buildings, of course, particularly the John Hope Gateway, which provided Edinburgh’s botanical gardens with a stunning visitor centre. The conclusion they reached was “this really is Edward Cullinan’s year”.

It’s not every day that an architect gets the chance to design a state-of-the-art nunnery, but Feilden Clegg Bradley did a splendid job at Stanbrook Abbey in Yorkshire, producing a building that enhanced the moorland setting and exemplified this firm’s ability to turn almost any brief into a thing of beauty. For contrast, consider the Broadcast Place development in Leeds (a strong contender for Building of the Year), which recently made a striking cover for Building magazine. Not for nothing did the judges talk about “the stunning range” of the shortlisted architects.

This practice is one of the tiddlers in this year’s shortlist: it had only 35 staff in 2009, but that’s three more than it had the previous year: no mean achievement in itself. It also has a churn rate of precisely zero, another indication that this firm is a bit special. Even more so when you learn that it had projects worth £300m in the Learning and Skills Council’s disastrous college framework. Its response to that was to go and win another lot of jobs, often in niche areas that most rivals wouldn’t consider, such as its Bird Hide for the RSPCB in Rainham Marshes, Essex. It also handled mainstream stuff, and Lerner Court in Cambridge shows what can be achieved with that oldest of construction tools: the brick.

Last year’s winner of this award was challenging for the title again this year, thanks to projects such as Westminster Academy, which was shortlisted for the Stirling prize, and the Kentish Town health centre. That scheme, which has won our Public Building of the Year prize, was a particular favourite of former Cabe chairman Sir John Sorrell. Although not unaffected by the recession, AHMM succeeded in picking up prestigious clients such as the Crown Estates and Treasury investments, and several precious schools projects in London, Birmingham, Hull and Barnsley.

Money isn’t everything, but making it is a pretty good indication that you’re doing something right. So BDP’s success in breaking through the £100m turnover barrier despite the dearth of new work is testimony to its continuing strength. Last year, that included winning work in more than 30 countries, opening studios in Abu Dhabi and India, and acquiring a Dutch practice. This achievement was made possible by good management, sound strategy (education and healthcare), and an outstanding commitment to humanistic design.

This firm’s pitch stressed its agile response to a recession that has pushed more than half of the country’s designers out of employment in their chosen profession. In the present climate that means winning public work, and HLM has been active in the education and health sectors, of which the centrepiece was probably the £78m New Victoria Hospital in Glasgow. It has also held its ground in the prison and defence sectors with such good effect that it has maintained its margins and achieved its target turnover.

Any firm that takes on the British Army has to be prepared for manoeuvres on the grand scale. Well, that’s Scott Brownrigg, the practice that is tackling the biggest PFI scheme of them all: the £8bn Allenby and Connaught barracks renewal project. So far it has delivered 120 BREEAM “excellent” buildings and has transformed the often shameful state of the Ministry of Defence’s stock. Then there’s the £1bn Defence Technical College at St Athen. And in overcoming these challenges, it has also won its battle with the present recession …