Architecture Foundation director to step down 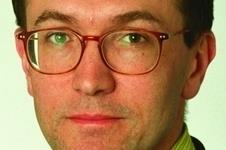 Rowan Moore, who faced criticism after HQ design by Zaha Hadid was scrapped, to leave role in mid-June

Rowan Moore is to step down as director of the Architecture Foundation after six years.

Moore had been under pressure to resign after the Foundation’s HQ, designed by Zaha Hadid, was scrapped earlier this year.

He will continue in his role until mid-June, and will stay at the AF on a part-time basis during the transition process to a new director.

He said: “This is a good time for someone new to take over and lead the AF to its next stage. Our position in terms of programme and funding is strong, and makes a good base for developing new ideas.”

Moore has overseen numerous successes and failures during his reign at the AF. Under Moore’s leadership, the Foundation has assisted with high profile design shortlists for projects as diverse as the Olympic Village design framework and the masterplan for Lord’s Cricket Ground.

It has also attracted speakers such as Daniel Libeskind, David Adjaye, Renzo Piano, and Norman Foster. However, it failed to ensure a new HQ was built, in spite of a high-profile design competition and backing from private developer Land Securities.

The Foundation said it would now begin the search to recruit a new director.