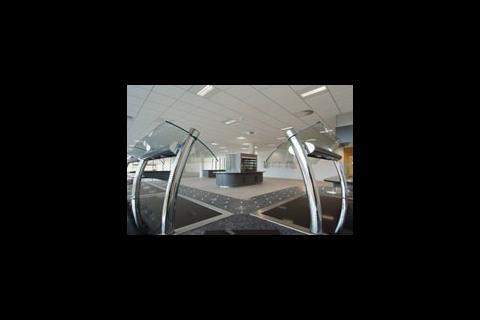 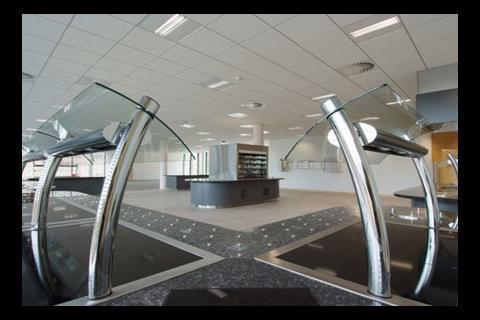 The Dune Max tiles were chosen because of their acoustic properties. They claim to provide excellent sound absorption (0.65 aw) and promise to reduce reflected sound effectively.

They also boast superior light reflectance (» 85%), which reduces lighting and energy costs making them ideal for office spaces where a light bright environment is needed and good acoustical control is vital.

Russell Vernum, director at Stephen George and Partners, explained: “Both in terms of sound absorption and attenuation to ensure a good acoustic environment for the office space.

“Armstrong’s Silhouette grid was also ideal as it allows any partition in the building to be moved around as much as necessary without leaving holes where the previous partition was.”

Pinley House, named after the house where William Hillman the founder of Hillman Motor Company once lived, is based on a brownfield house close to the Peugot's former UK HQ at Aldermoor House.

The scheme began in April 2006 with Peugeot investing £25m in the new purpose built building which also houses the technical and service training centres.

Stephen George and Partners has designed a modern building with floor to ceiling glass walls. It is housed on a 10,000m2 site with the three floors building covering 2,000m2.

The architect has made extensive use of glazed elements, allowing the penetration of natural light directly into the entrance plaza.

The reception area forms the start of the spinal arrangement that runs through the building, leading through to a winter garden. The building also includes a 300 seat auditorium to host staff and dealer meetings, as well as accommodate cars, which hadn’t been possible in the previous building.