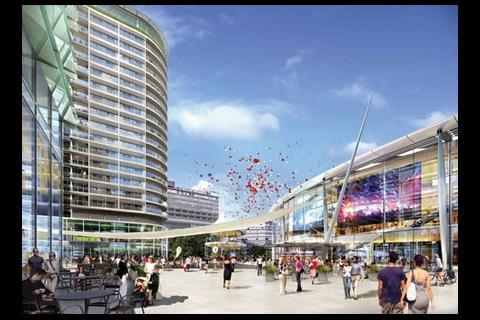 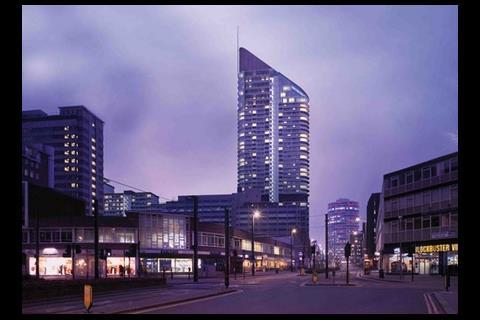 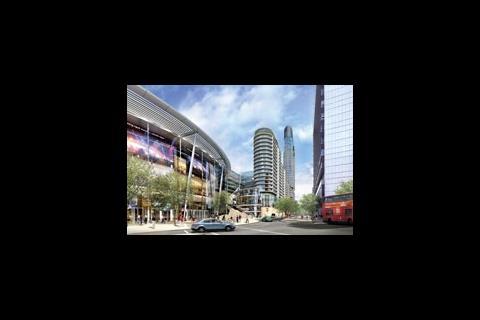 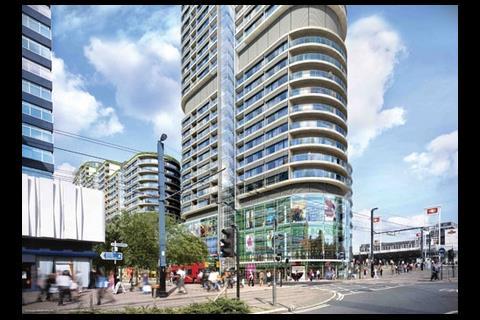 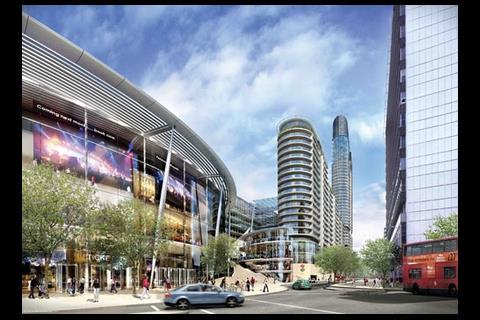 Developer Arrowcroft has submitted these revised schemes of its proposed £600m Croydon Gateway scheme, which now includes plans for a Warehouse Theatre.

The 254-seat theatre was submitted as part of a revised planning application submitted to Croydon Council this week – three months before the scheme goes to public inquiry.

The 13-acre site is the subject of a fierce battle between the council backed Arrowcroft development and a Stanhope scheme, designed by Foster + Partners. Stanhope owns the majority of the site.

A public inquiry into Croydon Council’s controversial decision to issue compulsory purchase orders on the land to push through Arrowcroft’s proposals is scheduled to start in September. The council issued a compulsory purchase for the site in January.