Arup’s profit jumps 268% – with a little help from China 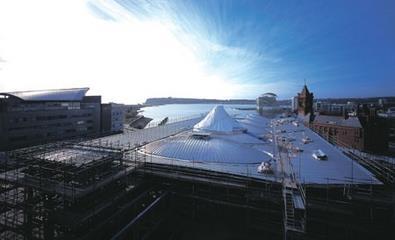 Arup has posted its best ever financial performance thanks in part to rapid growth in Chinese workload.

“Our profitability has improved across the whole of the Arup Group. I can also tell you that in this financial year, we’re on track for another strong performance.”

China has been one of the main growth areas for Arup this year. It is working on many of the venues for the 2008 Beijing Olympics including the Beijing national stadium and the Olympic Green Convention Centre.

The consultant’s work in sustainable living has also led to strong growth in profit and it is advising on the Dongtan eco city near Shanghai and the regeneration of the Thames Gateway, Kent.

The UK remains Arup’s largest area of operations, generating £244m turnover. Asia is second, with a turnover of £94m, followed by America, Australia, the rest of Europe and Africa (see table).

The company’s eight directors shared a financial pot of £1.7m with the highest paid director taking home a salary of £290,000.