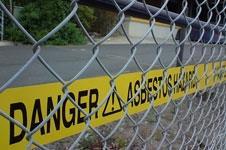 Firm and its director convicted of failing to check for asbestos, putting 15 staff at risk

A Fife company and its director have been fined a total of £35,000 after at least 15 staff were exposed to asbestos.

The exposure to airborne asbestos fibres lasted around two months, during a major refurbishment of a former nightclub in Dunfermline, Scotland, in 2005.

Dean Entertainments of Kirkcaldy had contracted Ainslie Homes to act as principal contractor for the project at the nightclub. Both firms share the same business address, and Edward Dean Melville is a director of both companies.

Dean Entertainments of Kirkcaldy was fined £28,000, and Melville himself £7,000, after pleading guilty to charges under the Health and Safety at Work Act.

The project was a major refurbishment, which included the demolition of existing partitions and the installation of a new stairway and lift. All the work involved significant disturbance of the building fabric.

Work continued on the project despite concerns being raised by the tradesmen about the possible presence of asbestos in the building, and was stopped by the Health and Safety Executive (HSE) only after it was contacted directly by one of the site workers.

“Dean Entertainments Ltd and Mr Melville failed to establish if asbestos was present prior to allowing work to commence, despite being informed on at least two occasions that a survey had to be carried out. Mr Melville was unable to provide any evidence to support his argument that there was no asbestos in the building. He also failed to deal correctly with concerns, voiced on a number of occasions, from those working within the building about the possible presence of asbestos.

“He used a contractor, who did not have an asbestos removal licence, to remove almost a quarter of a tonne of material from the ballroom site. Even then the material was identified on a waste disposal site document as asbestos.”

The HSE recently launched a campaign “Asbestos - the Hidden Killer”, fronted by former tradesman and footballer Ian Wright. It highlights the fact that 20 tradesmen die every week from asbestos-related illnesses.