Analysts have welcomed the appointment of internationally experienced Dr Uwe Krueger as the new chief executive of Atkins.

On 31 July German-born Krueger (pictured) will replace Keith Clarke, who has stepped down from the role after almost eight years at the top of Britain’s largest consultant. 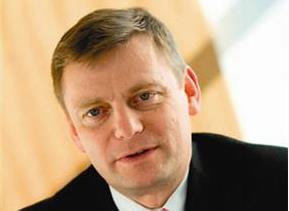 Analysts believe the appointment of a foreign chief executive, rare among UK engineers, shows Atkins is keen to continue expanding its work outside the UK.

Mike Allen, an analyst at Panmure, said that it demonstrated that it was “clear that they [Atkins] want to move away from the UK.”

Another analyst, who did not want to be named, said Krueger’s experience was impressive. “His CV appears to be a balanced one because he’s got international experience. And he’s lived in the US, and done work in the Middle East and Pacific, which is important for Atkins’ strategic expansion,” the analyst said.

Several UK-based engineers, including Mott MacDonald, WYG and Buro Happold all have British chief executives, despite doing a greater proportion of their work overseas than Atkins.

Chris Banbury, an analyst at Peel Hunt, said the move to appoint a German-born chief executive was a rare one among FTSE 250 companies.

“Outside the FTSE 100, you don’t tend to find many foreign chief executives,” he said.

Allen said that the direction Krueger would take the company was unclear, but that it would be likely that the engineer would continue to increase its global revenues by buying firms overseas.

“It’s difficult to know what his strategy will be but they have got a lot of cash on their balance sheet and so they can keep acquiring,” he said.

Clarke will continue as director of sustainability and will help develop the Middle East business.