Atkins to stay in Middle East 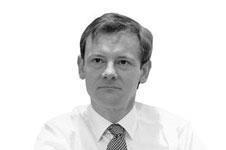 Consultant is confident region will recover and liquidity problems will ease

Atkins has reiterated its long-term intention to stay in the Middle East despite the region’s current liquidity problems.

It follows well-documented payment and cashflow problems in the region that have affected a number of UK companies, particularly consultants.

Announcing its results for the six months to 30 September, the company said: “We are confident that the Middle East market will recover, and plan to maintain our long-established presence in the region. We remain committed to working with our clients as the market liquidity issues are resolved.”

Keith Clarke, chief executive, said: “Our performance over the six months demonstrates our ability to respond quickly to changes in the marketplace and to flex our resources to meet expected demand.”