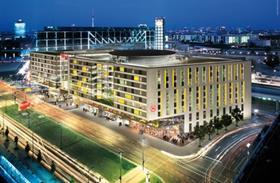 Architect Aukett Fitzroy Robinson has more than doubled its pre-tax profit in its last financial year.

Work in the UK picked-up substantially. The firm reported revenue of £6.1m from projects in the UK in its 2013 financial year, up from £5m the previous year.

But work in Russia fell sharply to £1.9m from £3.5m the previous year.

The firm said this was partly due to the loss of two major projects the division had been expecting and the subsequent need to lose the team that had worked on a major hotel development for the winter Olympics in Sochi.

The level of work in the Middle East and continental Europe also fell.

Writing in the accounts chief executive Nicholas Thompson an finance director Duncan Harpers, said: “Taking account of the market environment in which we operate, the executive directors are satisfied that the progress made in the year reflects a positive step forward in recovering our pre-recession performance levels.”