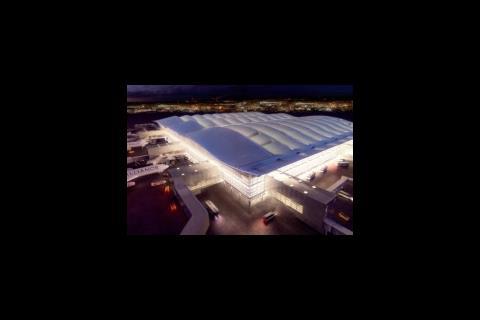 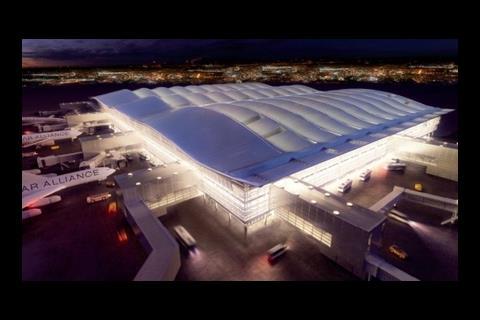 BAA has unveiled its latest plans for a new Terminal 2 at Heathrow Airport.

The airport operator has announced that the first phase of the £1bn building, originally known as Heathrow East, will be complete in 2013.

The first phase of the new terminal building will cover 185,000m2, which means it will be just over half the size of the 300,000m2 Terminal 5. The second phase will extend it yet further, and will be completed in 2019.

Construction is already under way on the terminal, which will replace the existing Terminal 2 and the Queen's Building, both set to be demolished later this year.

The project will be built by HETco, a joint venture between Laing O'Rourke and the Spanish company Ferrovial Agroman. Foster + Partners provided concept designs.

Steven Morgan, BAA capital director, said: “This is an exciting project, for the engineers and builders, and for our airlines and passengers.

“The challenges are not to be underestimated. We are constructing a significant new building in the middle of one of the world's busiest airports and ensuring the operating airport is not affected is an absolute priority.”