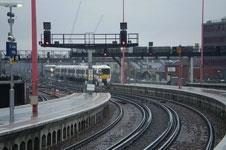 Contractor said it would be targeting nuclear growth in the UK

Infrastructure and defence contractor Babcock said it would report profits in line with expectations in an update on performance since October.

The firm said its order book remained stable at around £6bn.

Babcock said it was positioning itself to gain a share of the UK upgrade the UK's national electricity transmission infrastructure in anticipation of increasing output from renewable and nuclear energy sources, in particular following its purchase of the UK Atomic Energy Authority for £38m last year.

However it said it was to report a restructuring cost of £4m in its rail division following a review of the business.