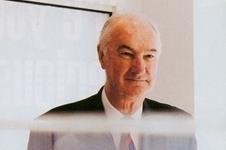 Babcock has completed its acquisition of VT Group for £1.33bn.

The move, valuing VT at 750p per share, follows a long-standing bid from the defence giant to take over VT, which earlier this month shelved its own plans to pursue consultant Mouchel.

Commenting on the acquisition chairman of VT Mike Jeffries said: "The VT Board believes that Babcock's offer represents an attractive proposition for VT shareholders both through the immediate offer premium and through the opportunity to benefit from the synergies available from combining our two businesses".

VT came under pressure from large shareholders, including Scottish Widows, which has stakes in VT and Babcock, to open its books Babcock earlier this month – a prelude for any takover.

In a statement released today Babcock said the combined group will now expand its presence in the defence, nuclear, critical infrastructure and international sectors.

Following completion of the Acquisition, VT Shareholders will own approximately 36 per cent. of the combined group.