Pair joined by Interserve, Costain and Persimmon in being named and shamed by government 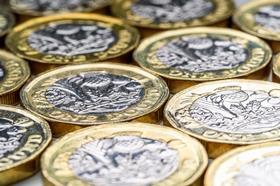 A public crackdown on late payment has cranked up a notch as a handful of the UK’s largest construction firms have been booted off the Prompt Payment Code – and will not be allowed back until they pay their suppliers on time.

The government expects its suppliers to sign the voluntary code, under which firms pledge to pay 95% of all supplier invoices within 60 days.

And in a sign it is taking late payment more seriously, it recently promised companies they would be barred from winning public work from September unless they exceed this target.

A further 11 firms, including Kellogg Brown & Root, as well as telecoms firm Vodafone and engineering giant Rolls Royce, were also sanctioned for their poor payment records.

The Chartered Institute of Credit Management, who oversee the code on behalf of the government, is currently carrying a second phase of investigation which could see more firms removed.

Kelly Tolhurst, minister for small business, said: “The Prompt Payment Code is a positive force for good and by naming transgressors we are supporting small businesses in the supply chain.”

The suspended contractors have all agreed action plans which will see them reach the required standard within a certain period, or else face being permanently kicked off the code.

But five firms, including John Sisk & Son, have already been fully struck off for non-compliance and failing to agree an action plan.