Work is set to get underway shortly 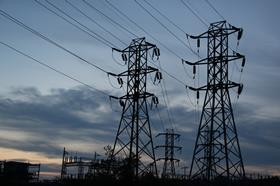 The two jobs cover the Beauly to Keith 132kV modernisation programme and have been awarded by Scottish Hydro Electric Transmission, which is part of Scottish and Southern Electricity Networks.

The first, £36m, contract will involve the design, supply, installation construction and commissioning of the overhead line works across a 103km route running between Beauly, Nairn, Elgin and Keith.

The second contract, worth £7.5m, will include the design, engineering, procurement, construction and commissioning of underground cabling sections of the route.

The contract is due to start imminently and is set to wrap up in early 2021. At its peak, the project will employ a workforce of around 110 people.

Last month, the contractor was awarded two contracts worth £47m as part of the Fort Augustus to Fort William 132kV Transmission Reinforcement project in Scotland.