Balfour Beatty has brought in a former commercial director on HS2 to replace the outgoing Dave Smith to head up its construction business in the south of England.

Smith joined the firm last September but last month Building revealed he was leaving to take up a non-executive chairman’s role at Kent contractor AMCM. 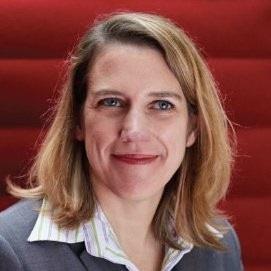 Now the country’s biggest builder has raided developer Landsec for his replacement, bringing in its head of development for its London portfolio Beth West.

A fellow of the Institution of Civil Engineers, West spent more than eight years at Transport for London as head of commercial procurement for London Underground and more than four years at HS2.

She was head of commercial at the Thames Tunnel for less than nine months before joining HS2 in autumn 2012.

West (pictured) has been at Landsec since October 2017.

Smith is due to join AMCM next February where he will link up with a number of former Wates colleagues. He spent more than three decades at Wates and by the time he left the firm in 2016 was its chief operating officer.