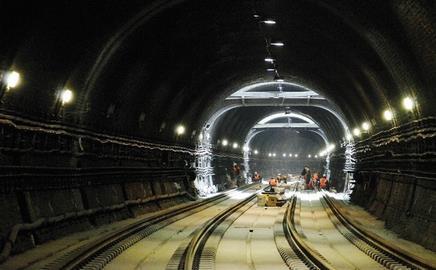 The £9.5bn-turnover firm said the change, which will come into effect on 1 July, was designed to simplify its relationship with clients and help it win more work in the UK and overseas.

The division will be run by Peter Anderson, formerly head of the rail services arm, which looks after track maintenance and renewals. Anderson has been seen as a rising star at Balfour since he ensured the company was not one of the two to lose their place on Network Rail’s track renewal framework. The client dropped two firms in 2007 to save £150m.

According to a source close to the reshuffle, Richard Adams, head of the projects division, is set to become managing director of the international projects part of the new business.

Sources said the move was likely to lead to changes in back-office staff. A Balfour Beatty spokesperson said Anderson would “review the existing staffing structure and overall resources required” by the rail business.

We have about 1% of the FM market, so there is a huge amount of room for us to grow

He said the deal would help Balfour become a “top-tier player” in the FM market alongside Carillion and Interserve.

He said: “Carillion has 3% of the FM market and we have about 1% so there is a huge amount of headroom for us to grow. There is an appetite from clients for larger, more complex contracts.”

Craven said Balfour Beatty Workplace aimed to grow turnover from £410m to £1bn, which he said would require “some big acquisitions”.