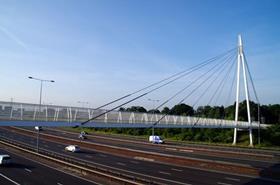 The 17 month agreement, runs from November 2017 to March 2019, will cover the Area 10 motorway network across Merseyside, Cheshire, Lancashire and Greater Manchester, and adds to the initial deal signed five years ago.

This extension will also enable the 70:30 joint venture to employ a further four apprentices within the project’s maintenance and response teams, joining the seven current Balfour apprentices, three graduates and four Mott graduates already employed across the contract.

Phil Clifton, executive general manager of Balfour’s Major Project Highways business, said that over the past five years, it has delivered over 500 Highways England renewal and improvement schemes.