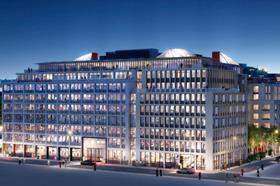 Bam Construct has emerged as the frontrunner in the race for Derwent’s £150m redevelopment of the Saatchi & Saatchi office building in London after securing a pre-construction role on the project.

Cash said Bam was providing pre-construction advice to the client and the consultant group, as well as developing a Building Information Modelling (BIM) system of the at 80 Charlotte Street & 65 Whitfield Street, which will comprise 323,000 sq ft of offices and 14,000 sq ft of private residential units.

He said he hoped the pre-construction role would give Bam an edge in the race for the main contractor’s role on the Make-designed scheme, with Mace, Brookfield and Bam all vying for the job.

“We are developing the project with the client, but ultimately the client has the opportunity and probably will tender to those three bidders,” he said. 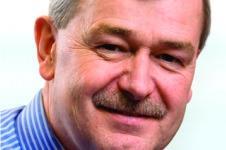 Cash (pictured) said the firm had enjoyed a “superb start” to the year, winning a range of work, including the high profile £300m Google HQ job in London - a contract win that Cash is unable to discuss - and, as Building revealed last week, schools work through the government’s Priority School Building Programme. “We’ve had a strong first quarter - well up on last year’s - even if you don’t include the project that we’re not allowed to talk about,” he said.

Cash said that because the firm was already “well structured” it had not had to focus on internal restructuring in response to the downturn, like many of its rivals, and instead had concentrated on researching its clients’ needs as well as developing innovation and technology.

Last year Royal Bam Group signed a €3.5m (£2.8m) contract with software firm Autodesk to provide BIM technology across its global operations, including all Bam projects in the UK, and launched a new project aimed at using BIM to improve the facilities management of a building once it is complete.

Cash said the firm’s focus on BIM had helped give it a market edge, including on the Google HQ job.

He added that the firm’s focus on innovation and technology had helped it to “beat the market”, with its revenue and profit holding steady amid the ongoing downturn. “With the market dropping the amount it has, even though we are level [with last year], we are actually beating the market because the market is falling,” he said,

Cash said the firm’s turnover, which peaked at around £1.1bn at the height of the boom, had now levelled out, and he expected it to be “in the 900 millions” again this year. He said this year the firm hoped to boost profit, with margins to “show a similar improvement” as this year. “It’s about getting the right quality of work with the right risk profile. If you can do that and deliver a good product then the margin will follow,” he said.

Bam Nuttall’s chief executive Steve Fox said the firm’s margin “exceeds most competitors and places us among the top performing businesses in the civil engineering market”. “Our order book remains strong, vindicating our selective approach to work winning,” he added.