Barratt completions up just 2% in second half

Interims out next month 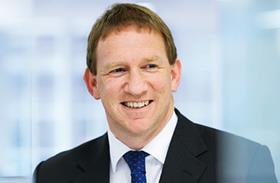 The country’s biggest housebuilder produced just 144 more homes in the last six months of 2017 than it did in the same period the year before despite a government push to address the current housing crisis.

In a trading update for the six months to December 2017, Barratt revealed it had completed 7,324 homes in that time, compared to 7,180 completions for the same period the year prior.

The firm built just eight more affordable homes in the last six months of 2017, compared to the same six months the year before.

The update was issued ahead of the release of Barratt’s interim results on 21 February.

But the company’s strong land purchasing programme has it positioned for further increases in completions moving forward.

David Thomas (pictured), chief executive at Barratt Developments, said: “We have delivered a strong performance in the first half, underpinned by our focus on quality, design and industry-leading customer service.

“As the UK’s largest housebuilder we remain firmly committed to helping address the housing shortage whilst delivering excellent operational and financial performance.”