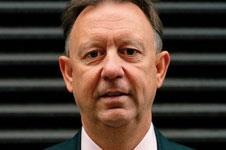 Barratt said the housing market has shown “a measure of recovery” and revealed a better than forecast debt level at a trading update this morning.

In reference to the six-month period to 31 December 2009, Mark Clare, chief executive, said that although the market had improved it was “still subject to the major uncertainties of both mortgage finance and the general economic outlook.”

At the end of 2009 its debt stood at £610m, which was ahead of previous guidance of £700m, in part thanks to the disposal of a commercial property in Glasgow for £25m, the last remaining asset from its Wilson Bowden Developments portfolio that it inherited when it bought Wilson Bowden in early 2007.

The statement added: “We are investing in prime location land opportunities on which we expect to deliver attractive returns. Since re-entering the land market in mid 2009, we have agreed terms on £315m of land purchases, the majority of which we will acquire on the basis of deferred payment. This equates to 7,730 plots with an average plot cost to average selling price ratio of 21%, which will deliver full margins based on current selling prices.”

In November, the £2.3bn turnover housebuilder completed a £721m share placement to cut its debt-pile. It followed a successful refinancing in August 2008.

In relation to its lower debt, the company said: “This not only positions Barratt well for market recovery, but also enables us to take advantage of attractive land purchasing opportunities.”