The certifications group which issued certificates stating that the cladding materials installed on Grenfell Tower were safe has appointed a new operations boss to “bolster [its] drive for change”.

Former Crossrail training manager Tara Deller-Hoy has joined certifier the British Board of Agrement (BBA) as its new operations director.

The BBA said that Deller-Hoy will bring her “solid” experience in managing large operations and workforces with a focus on staff development and operational change.

It added that Deller-Hoy will support the body’s senior team, including newly appointed technical director Bill Hewlett, in their “systemic approach to culture change and performance improvement”. 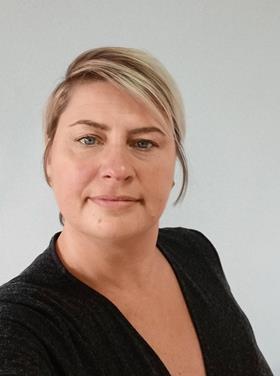 Deller-Hoy began her career as a train driver for Heathrow Express, rising through the ranks to become operations standards manager before moving to London Overground as head of drivers.

She was seconded to Crossrail in 2014 to recruit and train operations staff before moving to South West Trains as head of drivers.

She was appointed head of workforce strategy at West Midlands Trains in April last year.

Her appointment follows the BBA’s announcement in February of a new consultation on plans for a major shake-up of its testing practices.

The proposals include random, unannounced testing of products already on the market and earlier involvement with manufacturers during their product development process.

The plans also include observation of tests submitted for assessment, reviews of all test results and storage of samples of materials used in tests for future reference.

The consultation follows the BBA’s disclosures at the Grenfell Inquiry, where current and former staff have provided evidence about the certifier’s role in clearing combustible building products as safe to use on high rise buildings.

The BBA’s certificates on products including Arconic’s Reynobond PE ACM cladding panels and Kingspan’s K15 insulation were provided to firms working on the refurbishment of Grenfell Tower as evidence that they were safe to use above 18m.

Last month, former BBA project manager Valentina Amoroso admitted that she had renewed a certificate for Reynobond PE using incomplete test data and information on Arconic’s website after the manufacturer avoided supplying the certifier with the required test data for 15 months.

The body’s former deputy chief executive Brian Moore also said that the fire classification for Kingspan’s K15 was “more likely than not” based on test reports of similar products dating back as far back as 1991.