The German-born architect behind Beijing’s CCTV Building left OMA in 2010 to set up a new practice, Buro OS, based in the Chinese capital and Hong Kong.

Scheeren said the Berlin office would carry out work in Europe and North America while its Bangkok office is focusing on the MahaNakhon tower in Thailand.

Over the summer, the firm unveiled its plans for a new 50-storey residential tower in Vancouver. The building in the Canadian city will include 48 floors of residential space housing 235 apartments.

The firm has also appointed a new chief financial officer and partner. 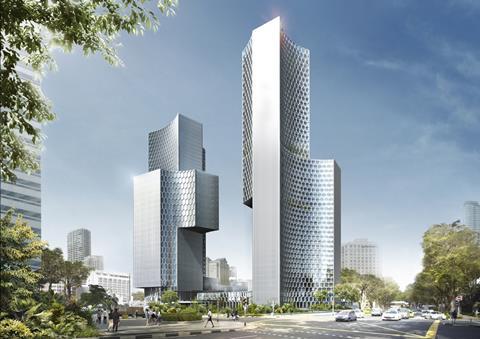 The practice is behind a number of schemes in Asia, including this mixed-use scheme called Duo in Singapore