Sir Robert McAlpine and Mace among those to miss out

Sir Robert McAlpine and Mace have both been pipped by smaller rival Graham to a £60m deal to turn an old power station into a business school for Oxford university.

It is understood the university has whittled down its four-strong shortlist to just the Northern Ireland firm for the work at the former Osney power station, which shut down in the late 1960s.

The scheme will involve building teaching and accommodation space for students at its Saïd Business School.

The centre will include 120 hotel-style rooms, mostly on the second to fourth floors, with break-out and teaching space on the first floor, and dining and leisure facilities on the ground floor.

Graham is due to start work in early 2020 and will be joined on the job by project manager Ridge, M&E consultant Long & Partners and structural and civil engineer Mann Williams.

The site is located on the river Thames to the west of Oxford’s centre, with the building having been the city’s first electrical power plant, operating from 1892 until 1968.

It was bought by the university in 1969 and used as a research laboratory for the Department of Engineering Science until 2010. 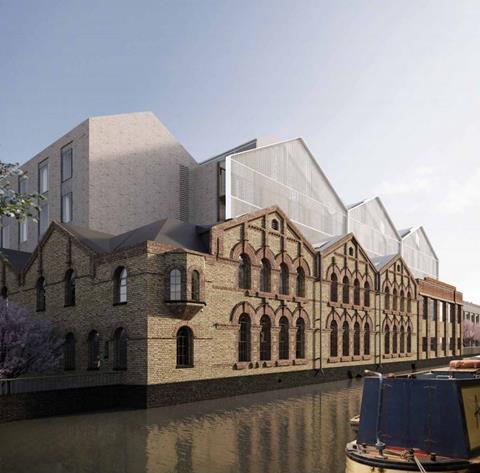 How the McAslan scheme will look when completed