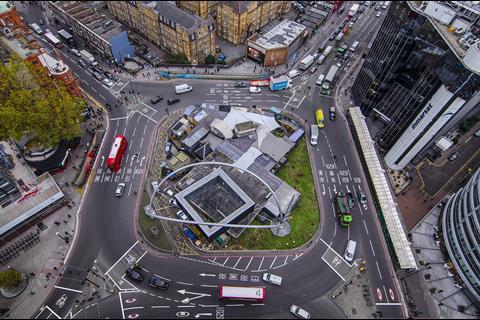 Old Street Roundabout seen from above 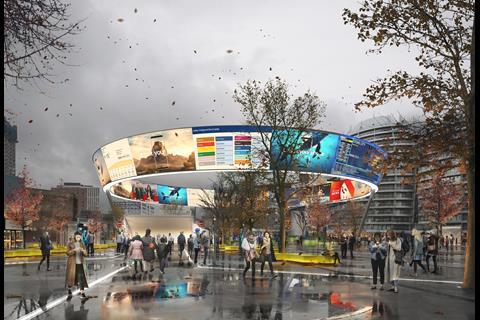 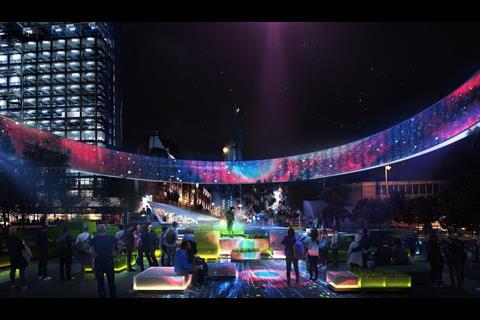 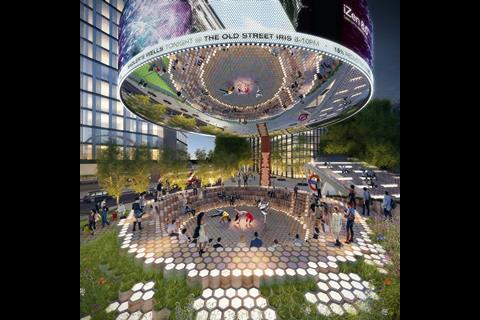 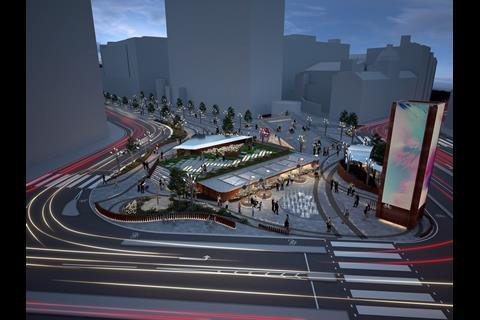 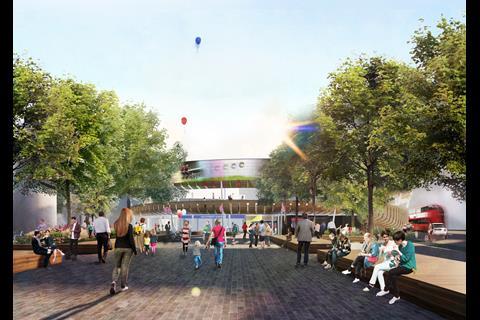 Nicholas Hare Architects' Old Street Park proposal for the redesign of London's Old Street Roundabout. The scheme, shortlisted by Islington Council in March 2018 was created as part of a team including with Price Myers, Hoare Lea, and FIRA 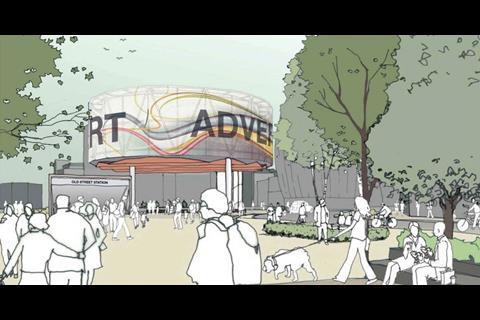 Longlisted but not shortlisted: AHMM's proposals for Old Street Roundabout 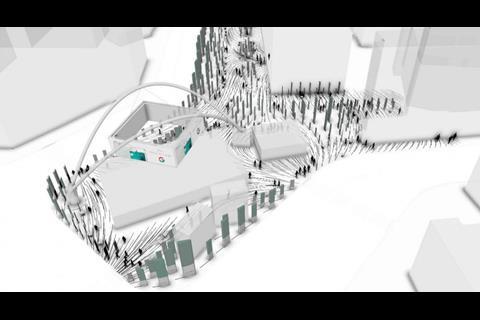 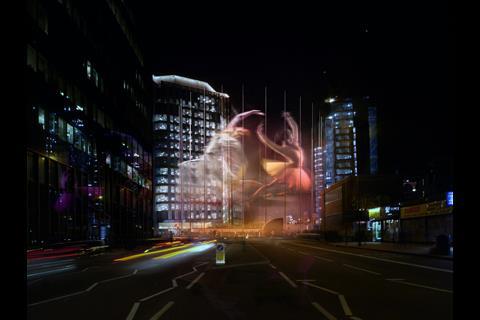 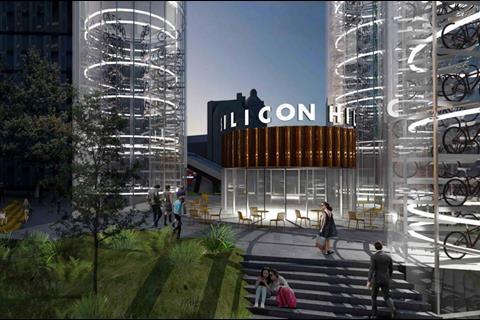 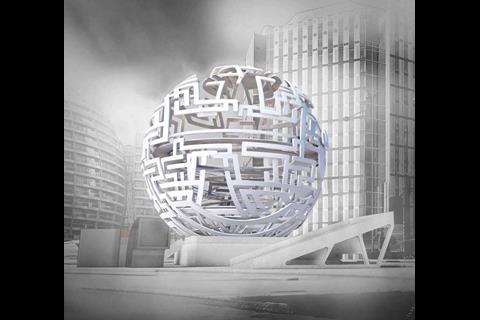 Practices including Zaha Hadid Architects, AHMM and Hawkins Brown have fallen by the wayside in the competition to redesign Old Street Roundabout on London’s City fringe.

Zaha Hadid Architects and AHMM had vyed to land the redevelopment scheme.

The authority launched the call for ideas to reimagine the site in December, in conjunction with neighbour Hackney Council and pan-capital mayoral body Transport for London, which is due to end Old Street Roundabout’s days as a gyratory system next year.

Built in the 1960s and featuring a network of subways, shops and above-ground advertising, Old Street Roundabout is a totem for the capital’s tech community. Islington asked practices to come up with proposals for new public art and “smart city” innovation, at the same time as retaining the current high-profile advertising opportunities and accommodating infrastructure for Old Street Underground Station.

A proviso for the submissions was that they should be deliverable with a budget of £1m, unless teams could identify viable external funding.

Dar Group’s ’Old Street Circus 2050’ proposal envisages reclaiming the roundabout “for the people of London” and transforming it into a “genuinely useable, vibrant, healthy and safe public space hosting a wide-range of public, private and commercial activities such as film screenings, concerts, artwork, street-markets and festivals”. 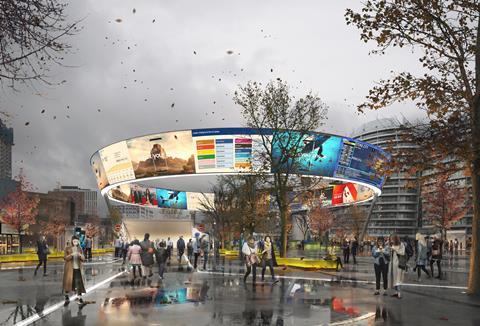 The team’s vision also includes a “longer-term” plan to incorporate a sculptural ring of light that brings together information and advertising, along with green infrastructure.

EPR Architects’ shortlisted scheme is named ‘The Iris’ and was created in conjunction with Hoxton-based artist Martin Richman, landscape artist Gillespies and consultants Entuitive and Materials Council. It is described as “a piece of metropolitan land art centring around a reflective lens facilitating interaction, inclusive gatherings, performances, play and relaxation”. 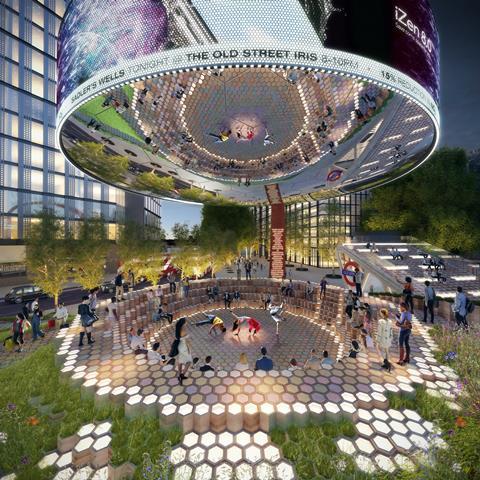 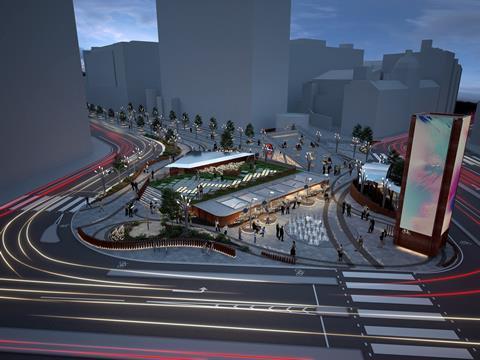 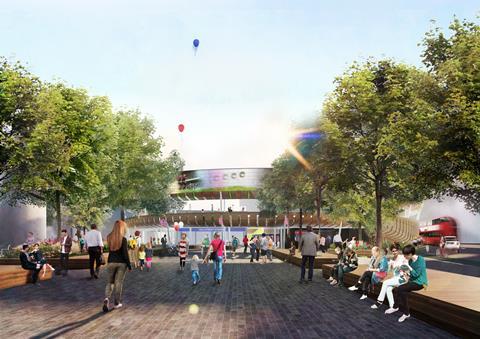 Nicholas Hare Architects’ Old Street Park proposal for the redesign of London’s Old Street Roundabout. The scheme, shortlisted by Islington Council in March 2018, was created as part of a team including with Price Myers, Hoare Lea, and FIRA

Webbe said Old Street had global recognition as a vibrant hub of technology and culture and that Islington’s ideas call had inspired many bold and exciting proposals. 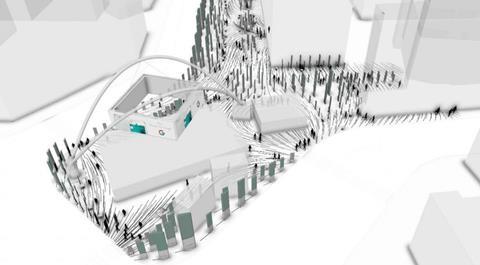