Billington steel back in the black 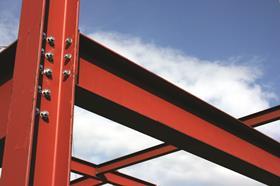 Billington Group, the parent company of steel contractor Billington Structures, returned to operating profit in the first half of 2012 allowing it to substantially reduce its pre-tax losses.

The firm has been through a range of cost cutting measures over the last two years and has settled a number disputed contracts in the last year returning it to profitability.

He said: “Although the markets in which we operate remain challenging, the board feels that the actions taken this year and last, in response to the strategic review that the group carried out, have resulted in a more efficient business that is well placed to build on the strong position we hold in the structural steel market.

“While we continue to monitor our cost base carefully, and having achieved a pleasing improvement in underlying profitability, our focus now turns to restoring the Group to post-tax profitability by gaining market share and seeking additional, alternative markets that offer our Group growth potential.

He said he was looking to the future with “cautious optimism”.