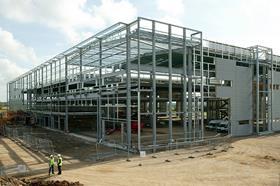 Steel specialist Billington Holdings has reported a sharp jump in pre-tax profit in the first half of 2014.

Steve Fareham, chief executive of Billington Holdings, said it was a “strong” set of results.

He added: “The first half of 2014 has seen real signs of improvement in the structural sector and we anticipate that our specialist divisions will demonstrate corresponding improvements in the second half.

“We believe that the strength of the company’s balance sheet, our strategy and our proven track record make Billington well positioned to benefit from improving market conditions and the new opportunities therein.”

He said he expected the firm’s results for 2014 to be ahead of expectations.

Analyst WH Ireland revised up its forecast for Billington Holdings’ full year results to 31 December 2014 to revenue of £44m up from £40m and pre-tax profit of £1.5m up from £1.2m.