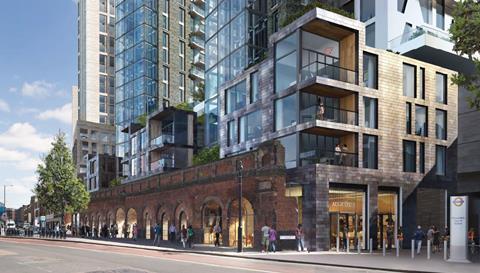 Plans to redevelop East London’s Bishopsgate Goods Yard site with new shops, offices, a park and 1,400 homes in towers of up to 46 storeys will be lodged in a matter of days.

A hybrid planning application for the Shoreditch development, which has been masterplanned by Farrells, is targeted for submission to both Tower Hamlets and Hackney councils by the end of this month.

According to Building’s sister title Building Design, the application will seek outline permission for the whole 4.7 ha scheme, which straddles the boundary of both boroughs, as well as detailed approval for a component of the scheme designed by PLP Architecture that will incorporate two residential towers - of 33 and 29 storeys in height respectively.

Taller towers are planned for further stages of the work.

According to the most up-to-date proposals put out for public consultation, developers Hammerson and Ballymore Group earmark the area immediately around Shoreditch Station for the towers, referred to as ‘Plot C’.

The structures will rise from a podium with shop units at ground floor level and which is built around the elevated stretch of the East London Line that serves the station.

Detailed approval is also expected to be sought for heritage aspects of  the site, including parts of the original railway goods yard’s Grade II-listed Braithwaite Viaduct that will be incorporated into new structures and the park areas planned for the development.

A spokeswoman for the developers confirmed that the firms were hoping to lodge its documents with the relevant planning authorities on or around the end of the month.

Bishopsgate Goods Yard was used as a transport hub from the 1840s until it was devastated by fire in 1964. 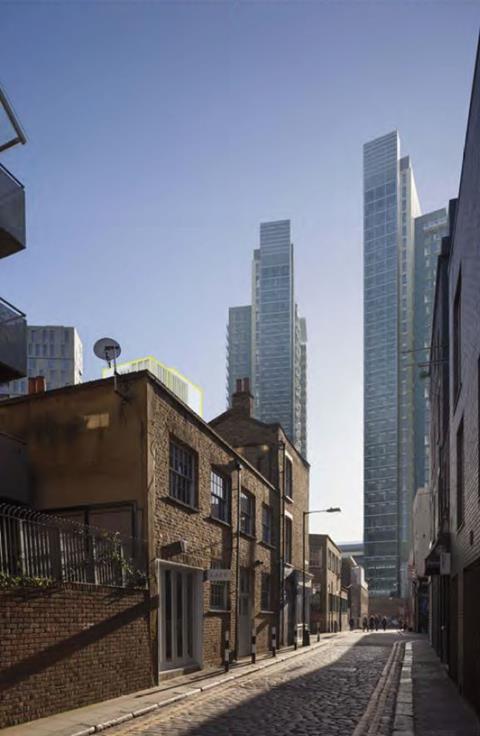 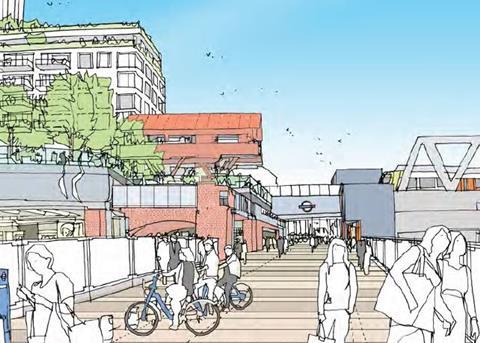 An aritst’s impression of the view of the Goodsyard development from Brick Lane - the most easterly point of the site. 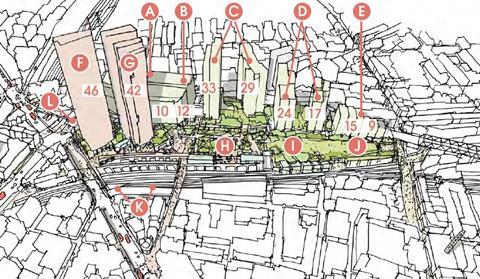 A 3D sketch view of the Goodsyard development area, identifying building plots and showing approximate number of floors above retail at ground level that are proposed for the site’s various tower blocks.