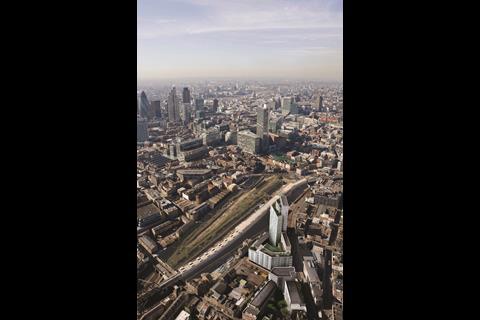 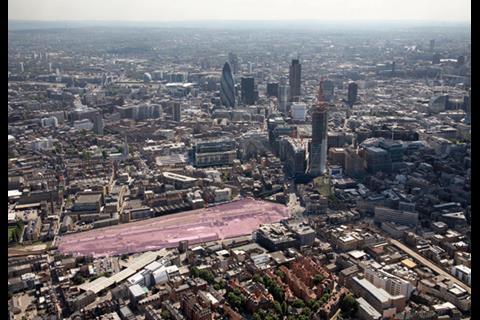 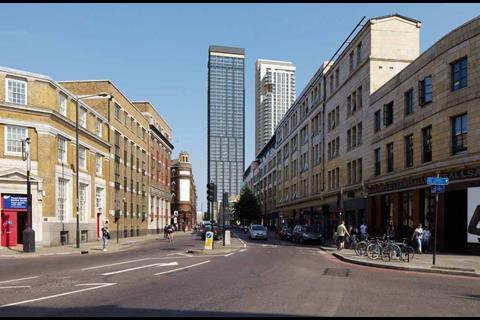 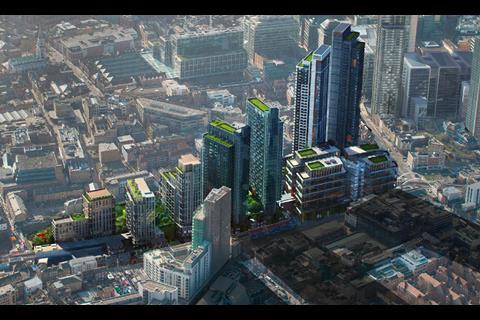 According to the Hackney Post, Corbyn has warned the £1m price of a one-bed flat at the scheme would lead to “social expulsion” in the borough and would transform Hackney into a version of New York’s Manhattan.

Speaking at a Labour supporters event in Victoria last week, Corbyn reportedly said: “Hackney will look like Manhattan where there has been social expulsion of those living on average or below average income.

“We are living in part of the city where every property speculator is having dreams about how much they can make.”

He added: “It is totally absolutely immoral and wrong what the government is doing to housing in Hackney.”

The Goodsyard development has faced fierce opposition since proposals were first unveiled in June 2014. Masterplanned by Farrells and including designs by PLP Architecture, FaulknerBrowns Architects and Buckley Gray Yeoman the project has been criticised by local MP Meg Hiller as well as Hackney Mayor Jules Pipe, the Victorian Society, The Spitalfields Society and community group More Light More Power.

Developers resubmitted the plans in 2015 to include less homes and reduced the height of three towers by four storeys to 26, 30 and 38-storeys respectively, while the tallest tower was also reduced by a single story in height.

Speaking about Corbyn’s comments More Light, More Power’s David Donoghue said: “Jeremy Corbyn is right - this scheme is a disaster and renders pointless any rules about rights to light, the environment and affordable housing. The tragedy is that this site in particular, situated in the heart of Tech City and Shoreditch, next to the City, should be treated in such a shabby way.

“t deserves, indeed could be, a spectacular example of urban architecture that would serve the people and make Londoners proud. Our hope is that Boris defers making a decision on it so that a proper and full examination of all the options can be made by his successor.”

Mayor of London Boris Johnson called in the scheme in September 2015 on the request of developers before the plans had been considered for planning permission - he is still to make a decision on the scheme.

In December, Hackney and Tower Hamlets councils, on whose land the Goodsyard development is supposed to be built, announced that they would have refused it planning were the decision still theirs to take.

A viability assessment commissioned jointly by both councils and conducted by BNP Paribas found that the site could accommodate three-times the amount of affordable housing than the 10% included in the scheme.