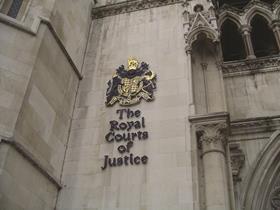 An application to roll all four High Court blacklisting cases into one ‘super case’ was today postponed by a judge until Spring.

Hugh Tomlinson QC of Matrix Chambers - acting on behalf of the original claim brought on behalf of 79 workers by solicitor Guney Clark & Ryan - was joined at a hearing in the Royal Courts of Justice by barristers acting for three other newer claims of a similar nature brought by three separate trade unions - the GMB union, Ucatt and Unite - on behalf of their members who allege they were blacklisted.

All four are compensation claims made against major contractors which employed the services of blacklisting firm the Consulting Association until it was raided and closed down in 2009.

Tomlinson - famous for his privacy work on behalf of celebrities and for co-founding the Hacked Off phone hacking campaign – made an application for a group litigation order (GLO) which would permit the four cases to be managed collectively.

But the court’s senior master Steven Whitaker suggested that the two newest cases - which were launched by Ucatt and Unite earlier this month – are not sufficiently advanced and ruled that the he would make the GLO next April.

Several major contractors are defendents in the cases but only one - Skanska - was represented at today’s hearing.