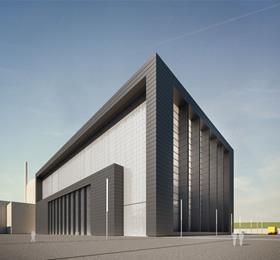 The joint venture beat out a partnership between contractors Balfour Beatty and Vinci to become preferred bidder on the job yesterday.

Bouygues have built European Pressurised Reactors (EPRs) in both Flammerville in France and Olkiluoto in Finland, both of which are over time and budget.

Speaking to Building, Nigel Cann, EDF’s construction director at Hinkley, said: “Laing O’Rourke has clearly been involved in some high quality infrastructure projects and Bouygues will bring all the experience and lessons learned from Flammerville,” he said.

“We are looking to learn the lessons from all EPRs,” he added.

Cann said that Laing O’Rourke’s large directly-employed workforce had also been a positive. “We said right at the start we are keen to have directly-employed labour on the job, but I’m not sure other bidders on the project would not have done that too,” said Cann.

The joint venture will now be paid a “handful of millions” to develop detailed plans including logistical plans, industrial relations frameworks and detailed engineering and design plans. With the final contract set to be signed after EDF makes a final investment decision late this year.

Cann added: “This joint venture has got all the qualities and DNA of ourselves.”