Bouygues said it expected to see margins at its construction arm improve in 2020 after it posted a €31m (£26m) dip in operating profit last year. 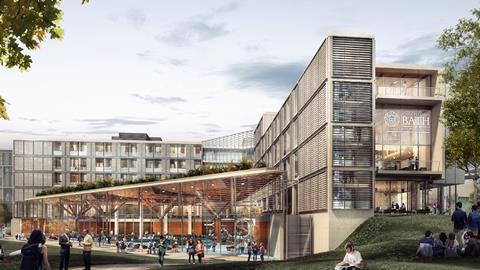 Despite this increase, the firm’s construction arm, which last year was handed a £40m construction contract to build the new Hopkins-designed school of management at Bath university (pictured), reported an operating profit down 3.3% at €910m (£758m), resulting in a margin of 3.1%, versus 3.4% in 2018.

The group, which announced last November it was closing its Birmingham and Manchester offices due to “a challenging construction market” in the North-west and the Midlands, said its Colas rail business, currently working in the UK with Network Rail on projects worth €553m (£460m), broke even during last year.

Bouygues said its construction business had recovered quickly from a cyber attack launched on the business in January this year, adding that the impact on the operational and commercial activity of its systems had been “very low”.