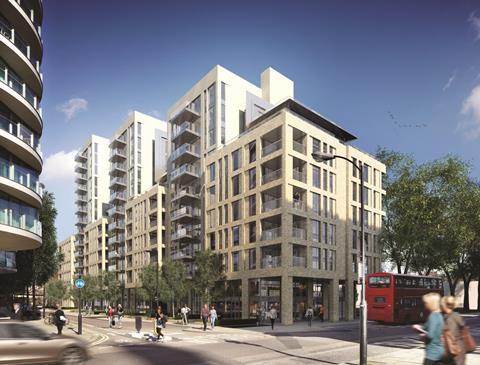 Work will begin this month on the project, which will redevelop a former car park into a mixed-use scheme featuring four residential blocks ranging from eight to 14 storeys high.

Four new commercial units will also be included as part of the development, which is expected to take around two years to deliver and will be handed over in three phases.

“From our work in Bayswater on The Hempel Collection, to Pontoon Dock and Hallsville Quarter in Newham; from Queens Park Place in Brent to the Ice House Quarter in Barking and Dagenham, we’re working with local authorities and developers to deliver much-needed housing and regeneration for people right across the capital.”