The consultant said the failure of government apprenticeship schemes to provide enough new workers to replace those from the EU who have left the country could hold back the industry for years. 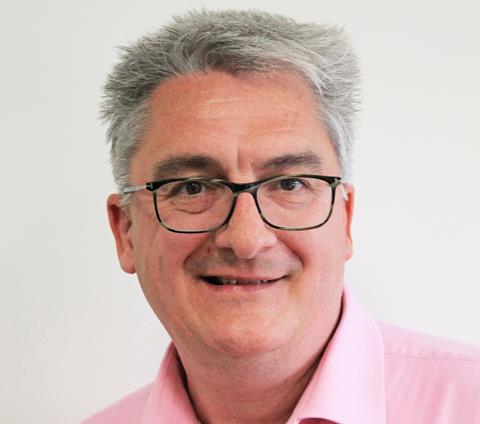 Over three quarters of respondents to Gleeds’ Market Report survey said they did not expect the latest government apprenticeship incentives to plug a worsening shortage of labour.

Gleeds UK executive chairman Douglas McCormick, the former WYG chief executive who joined the firm at the start of last year to head up its UK business, said he expects the issue to come to the fore in the second half of the year if the immediate crisis of the covid-19 pandemic eases.

Under the new points-based immigration system, EU workers will need to earn points by speaking English, having a salary of at least £25,600, and a skilled job.

EU workers can also come to the UK if their roles are on the government’s shortage occupation list, which does not include many construction jobs.

McCormick told Building the government’s failure to put more construction roles on the shortage occupation list while at the same time championing construction as the driver of the UK’s post-covid recovery “defeats logic”.

He said: “I do wonder whether it’s a wait and see policy until the industry is clearly suffering as a result of that but it does seem slightly incongruous when you have a ‘build, build, build’ agenda and construction and infrastructure are underpinning your economic recovery that you would hamper that by not allowing sufficient labour into the country to deliver your own policy.”

Gleeds’ findings come after research by the Construction Products Association (CPA) found that the industry’s EU workforce in the third quarter of last year had dropped by 28% in 12 months.

The number far exceeds the 7% drop in total construction employment across the sector.

In London, where the proportion of EU construction workers was around 28% in 2018 according to the ONS, the number of EU workers fell by as much as 30%.

The Gleeds survey found that nearly three quarters of respondents believed there is a shortage of labour in the UK, with 81% reporting concerns that the post-Brexit immigration rules will inevitably lead to worsening shortages and higher construction costs.

“And so, for the next three to four to five years, how are we going to manage that? I think that’s going to have an impact.”

McCormick said the government needed to add those working in the built environment to the shortage occupation list.

He added: “If the economic recovery of this country is around ‘build, build, build,’ then you need to have the people who know how to do that and if you’re short of them, then the pace will be slower and probably more expensive.”

But the survey also found that labour shortages could accelerate the uptake of modern methods of construction (MMC), with 59% of contractors who responded reporting that their firm’s contingency plans for Brexit included greater use of MMC.

And McCormick said this adaption could eventually bring costs back down: “If you can automate processes and you make the processes more efficient then the costs come back down again.

“So if you reduce the labour content of a process, then it may well be more efficient and cheaper in the longer term.”

Despite the threat of labour shortages, the CPA forecast that construction output would rise by 14% this year and a further 5% in 2022 as the sector continues to rebound from its 14.3% contraction in 2020.