Developer to build homes on site next to Fairfield Halls 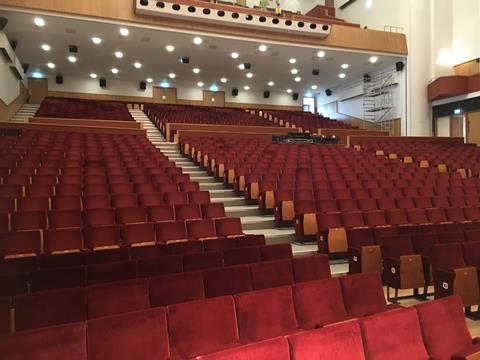 Brick by Brick, the development firm which builds affordable homes for Croydon council, expects to kick off construction of more than 400 homes in the heart of the borough early next year.

Working for the local authority, the firm oversaw the £40m four-year refurbishment of the Fairfield Halls complex (pictured), which was built in 1962 and over the years has hosted dozens of famous names including The Beatles, David Bowie and comedy duo Morecambe & Wise.

Revamped by Vinci, it was officially re-opened yesterday by actor Dame Judi Dench.

Brick by Brick will start building 430 homes across five buildings ranging from between seven and 30 storeys in height alongside the halls’ complex.

Enabling works have already started and subject to planning construction work should start early next year, according to Brick by Brick chief executive Colm Lacey.

As well as designing the masterplan and the refurbishment of the Fairfield Halls complex, Mica is designing four of the buildings on the site, comprising 343 homes.

Brick by Brick’s in-house architect firm Common Ground Architecture is designing the other 78-home block. A main contractor has not yet been appointed for either site.

The developer had planned to build 220 homes on the 0.8ha site but that figure nearly doubled after neighbouring Croydon College decided not to move its operations next to the Fairfield Halls scheme and the site offered more potential.

The refurbishment of the Fairfield Halls’ main concert venue, next door’s Ashcroft Theatre – named after actor and local resident Peggy Ashcroft – and a new art space building were all designed by architect Mica.

Work throughout the project saw the removal of dangerous materials such as asbestos, plus the reinstatement of original fixtures and fittings including chandeliers which were installed when the building was finished more than half a century ago in the main hall.