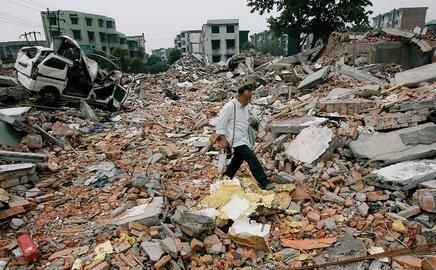 Atkins, Arup and Davis Langdon are among companies drawing up plans for reconstruction effort

The Chinese government has held a series of talks with overseas construction firms to help plan for the reconstruction of the town of Beichuan after the devastating earthquake last month.

It is understood that this week the Ministry of Construction (MoC) met with Japanese and British firms, including Atkins, to discuss how to rebuild the shattered area in the south of the country within three years. Nearly 70,000 people have died there according to official figures.

The move came in the same week that the British embassy in Beijing announced it was to hold a seminar on 12 June for Chinese and British firms that want to help in the restructuring of Beichuan and the surrounding area in Sichuan province.

Jeff Liu, general manager for Atkins in Beijing, said: “I met with the MoC a few days ago and we are discussing what we can do to help. They want to do a series of research projects.

“We’re very keen to be involved with the planning of this. We have also donated money and our local staff to help with the rescue effort from our Chengdu office.”

The total amount donated so far from all sources is £3bn. Neither DLS nor Atkins wished to confirm how much they had pledged.

Arup, meanwhile, will advise on how to ensure the new homes are built to withstand future earthquakes.

The Chartered Institute of Building has 1,055 members in China, many of whom have been drafted in to help survey and secure damaged buildings. Its Beijing office is planning to compile a report by the end of June into the scale of the aid effort by the Chinese and UK construction industry.

China State Construction, the country’s largest contractor, has instructed its 332,580 staff across its eight regional divisions to forgo any overseas trips to be on call to go to Sichuan if needed.

Sean Li, vice president of overseas operations for the state-owned firm, said: “We do this as we are still a company owned by the people for the people.”

The MoC research into repairing the damage caused by the earthquake on 12 May is just one of many projects the government hopes will allow it to draw a picture of how best to develop the built environment over the next 10 years.

Liu added: “The government is trying to find a more integrated policy. It wants to look at carbon emissions and building energy efficiency as well as how best to prevent earthquake damage.”

9,000 schools destroyed – but it could have been even worse

Although it is estimated that almost 9,000 schools were demolished by the Sichuan earthquake, the devastation to the province’s buildings could have been even more severe.

According to consultants based in China, regulations introduced in the wake of the 1976 earthquake near Beijing in which 500,000 people died made a crucial difference.

Fung Kai Lok, deputy general manager of Davis Langdon’s Chinese subsidiary DLS, said: “There were a number of codes introduced in China after the 1976 quake. For instance, the Olympic buildings in Beijing will be able to remain standing for at least a few hours even if they were hit by a force-eight earthquake.

“For those schools that collapsed in Sichuan they perhaps didn’t follow this code and just took the money. If the government finds out who they are they might well lose their construction licences. I would expect to see a further tightening of regulations from the government after this, though.”