A team led by Grant Associates and featuring Wilkinson Eyre has won an international competition for a new park in China, featuing two giant cooled conservatoires.

The scheme at Tianjin in the north of the country will run across 41ha and is part of the Tianjin Eco-City which is being masterminded by the Chinese and Singapore governments.

The same team carried out work on Singapore’s Gardens by the Bay scheme, which was completed in 2012, and won the following year’s RIBA Lubetkin Prize for best international building. 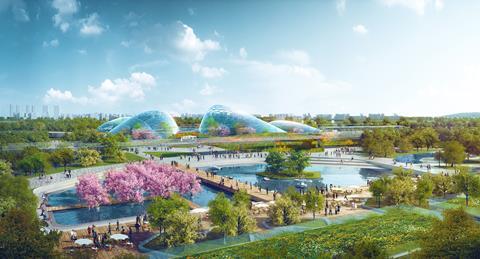 The scheme will run across 41ha